Abel came from a nomadic tribe in the Celestial World. He lost both his parents in an accident. Without parents, Abel could not interact with the people of his tribe and eventually had to live alone. Due to this Abel always thought about leaving the tribe however could not find the courage to.

One day, Abel goes to the forbidden forest while looking for his sheep who ran off. While at the forest he meets with Cain, an ancient Demon Lord who was dying. Cain warned Abel not to get near him because it was dangerous but Abel felt pity for Cain. When Abel came into contact with Cain, Cain's strength and spirit entered Abel.

Abel who shared his life with Cain was chased by the Celestial Guardians as they found out about Cain passing his ability to Abel. Abel became a fugitive of the Celestial World and Abel went looking for 13th fragment to stop Freyja's plan. Abel planned to throw the 13th fragment off the Cliff of Oblivion where it would never be recovered. 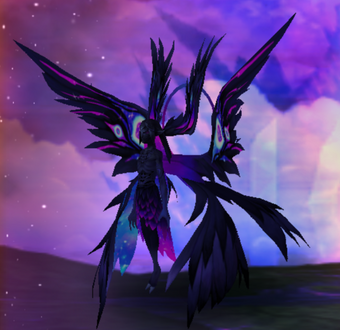 Abel managed to find the Clan (which was revealed to be Gerard's clan) who guarded the 13th fragment, but the village had been attacked by Valkyries. Abel met the only survivor which was a girl. This girl was actually Gerard's sister and she gave the piece to Abel.

Then Abel met with Gerard and became a fugitive. They both escaped the pursuit of Valkyries with the help of Reginleif and now they have decided to cooperate with Reginleif. It seems that Abel gave the 13th piece to Reginleif and told her to throw it in the Cliff of Oblivion if he and Gerard were to die.

In the relationship diagram Gerard and Abel get along well, while Freyja and Abel are hostile towards each other. 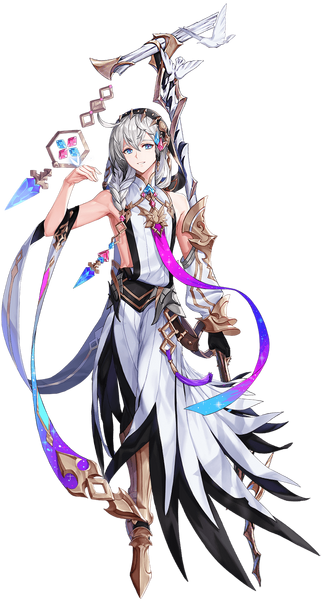 Retrieved from "https://seven-knights.fandom.com/wiki/Abel?oldid=52735"
Community content is available under CC-BY-SA unless otherwise noted.