Dellons' real name is Snolled Black Scythe. He is the eldest son of the Black Scythe family, a noble family famous for its knighthood in the Empire of Skytria. He was raised as one of the elite, mastering the art of swordsmanship among many others. He was knighted in his late teens, and earned fame by proving his capabilities time and time again. When he was 25, he was given a mission to escort the second princess, Claudia. During the course of the mission, they fell in love with each other. The two were soon engaged. However, Claudia was killed by her sister, Arial, during a political unrest by the Silver Sword family after they investigated dark magical traces which led to Claudia as the culprit. 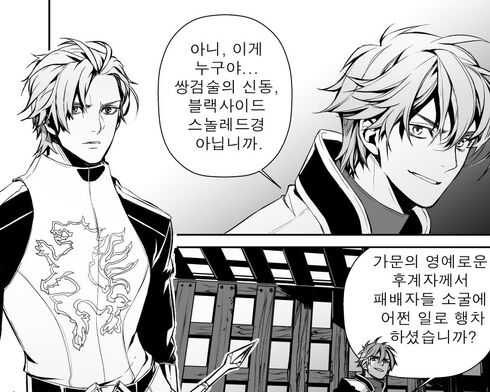 Dellons was nearly killed by Oasis of the Silver Sword family but, before he took his last breath, a mysterious hooded figure appeared and saved him by putting him to sleep. He woke up over 1,000 years later and the Skytria Empire had already fallen. Dellons woke up with the ability to see the future and knowledge of magic powers. He tried to time travel and go back to the past to prevent Claudia's death for millions of times and became insane due to the repetitions of failing to revive her and being unable to change the past.

Dellons met Vanessa in her child form as she is also a time traveler. However, their meeting wasn't pleasant. Vanessa feels saddened for Dellons becoming insane due to his entire family being dead and also losing his lover. Vanessa tried to warn Dellons about Claudia but Dellons refused to listen.

The webtoon Alkaid reveals that before the events of Season 1 and after the fall of Skytria Empire, Dellons lost his memory and woke up from his slumber. He became a test subject of the Magic Academy and became known as Noels. Noels later became a knight of the Tenesia Kingdom and worked for a king named Albert. He conspired with Albert to collect the star pieces but is eventually defeated by Albert's brother, Kaleb. He later meets Bai Jiao who unlocks his memory and centuries later, Noels becomes Dellons. 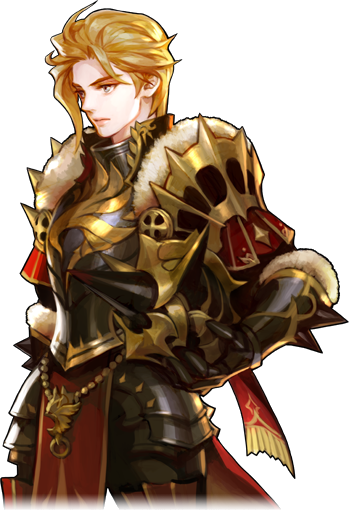 He was famed as the mysterious Black Knight and a reaper although nobody knows where he comes from. He killed all living things in the Dark Grave and all that was left for him was death itself. His thirst for power and death is insatiable, often putting him at odds with the Seven Knights. He brings chaos to the Asgar continent. Dellons can be considered one of the main antagonists in this season. Dellons tricks Kris into hating the the Seven Knights and Dellons also works with Bai Jiao and Bane. 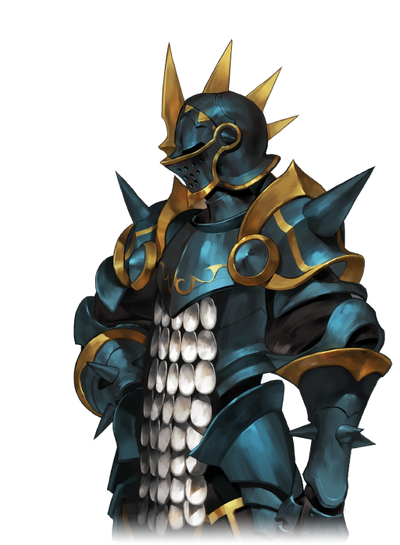 Later, Dellons joins the Dark Knights in hope of obtaining the fragments of destruction and revive his dead lover. Dellons causes major wars and catastrophes throughout the story and threatens the lives of the Seven Knights and many other heroes. He seems to be making a deal with Sun Wukong. Dellons kidnaps Karin since she has the blood of the ancients (Pascal was only half-blooded) and wants to use her to revive Claudia. He works with the Dark Magic Research Tower which leads to the kidnapping of Yu Shin, Nezha and later Silvesta. Da Qiao's father barely managed to escape being abducted.

Dellons followed Teo's footsteps on the Heavenly Stairs and he instead found Sun Wukong and the Seven Knights. When all Fragments of Destruction are gathered, Dellons will start a war with Dark Knights. Although Karin is like his guinea pig experiment, she reminds him a bit of Claudia. 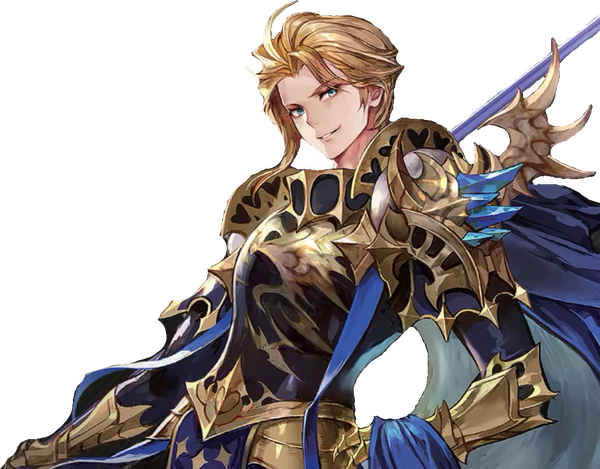 He appears in Yeonhee’s awakening scenario and guides her to escape from a nightmare she’s having. Yeonhee is very curious about his past life and wants to know what happened to him in his past. His goal is still to revive Claudia although so far all his attempts have continuously failed. 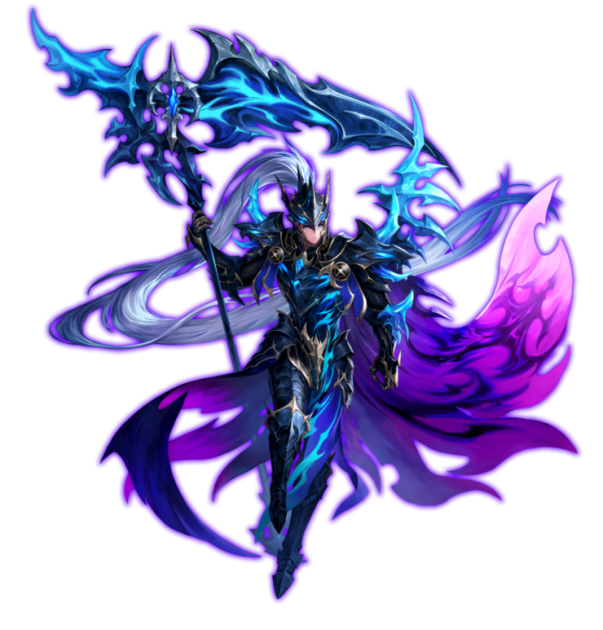 In the Land of the End (map 14) story, he finally succeeded in absorbing the life force of Seven Knights, Night Crow and even betraying the Dark Knights by taking the fragments that Rudy had given to Pallanus. He also betrays Bai Jiao. He passed down the Power of Destruction to Karin and destroyed Evan's necklace. However, Evan is able to restore the necklace and purify Karin with Goddess Elena's help.

In the end Dellons plan still fails as he begins to resurrect Platin's Goddess, Nestra, instead of Claudia. Nestra tried deceiving Dellons pretending to be Claudia and Dellons refuses to accept this reality. Nestra's resurrection is terminated before being able to finish. It seems that Vanessa and Karin's warning to Dellons was that Claudia was Nestra herself or an illusion created by Nestra in order to make Dellons do what Nestra wished.

After the events of map 14, the Dark Knights all vanished including Dellons. After some time, Dellons comes back and he's completely different than before.

He chooses to give himself completely to 'death' (the creature appearing in his skill) in order to have a chance at reviving Claudia (even though it seems this is not possible). Dellons cannot forget his vow and promise he made 1,500 years ago to Claudia about protecting her for all eternity.

After accepting the power of the abyss he seems to not remember who Rosie, Oasis, was. Rosie is still chasing after him due to killing her brother and the other members of the monastery. He then becomes the king of the abyss as his whole self has now been consumed.

Favorite color: Shiny colors.
Hates: Silver because of the silversword family (killed Claudia).
People he likes: Only Claudia.
Hates: All Seven Knights without exception.
Favorite food: Chicken soup, salad and red wine.
Hates: onions (same) and spicy food.
Likes: Virtue and justice.
Hates: Crime and injustice (ironic because now he's committing what he hated after Claudia's death)
Favorite word: Snow because of Snolled.
Personality: He used to be full of romance and was both polite and upright. However, he did a 180 change after his resurrection. He became a grim reaper and completely lacks empathy for others. His madness for his goals become more extreme in season 2 and becomes more cruel. Sometimes his raging madness comes out.

Retrieved from "https://seven-knights.fandom.com/wiki/Dellons?oldid=52765"
Community content is available under CC-BY-SA unless otherwise noted.