Dia was a demon girl who wanted to become an actress. However, people looked down on her species so it was difficult for her to be noticed. Dia went to lots of training to become better and one day found injured slime in a sewer. Dia cured the slime and they started following her around from that day on. Dia began to feed them and this is how she communicated with them. One day Dia heard about a talent company who was open for auditions and Dia decided to try it out. Out of nowhere a thief appeared and injured Dia and stole her auditioning clothes. Dia was dumped into the sewer. Dia was severely injured but miraculously the slime healed her body, saved her and even restored her shiny new clothes which seemed to be made from slime.

Dia goes to the audition hall but it was already too late and the auditions were already over. Dia is still not discouraged and tried to visit various big theater companies but because humans discriminated against demons, they rejected her once more. Dia began to lose hope as she realized she would never be accepted. 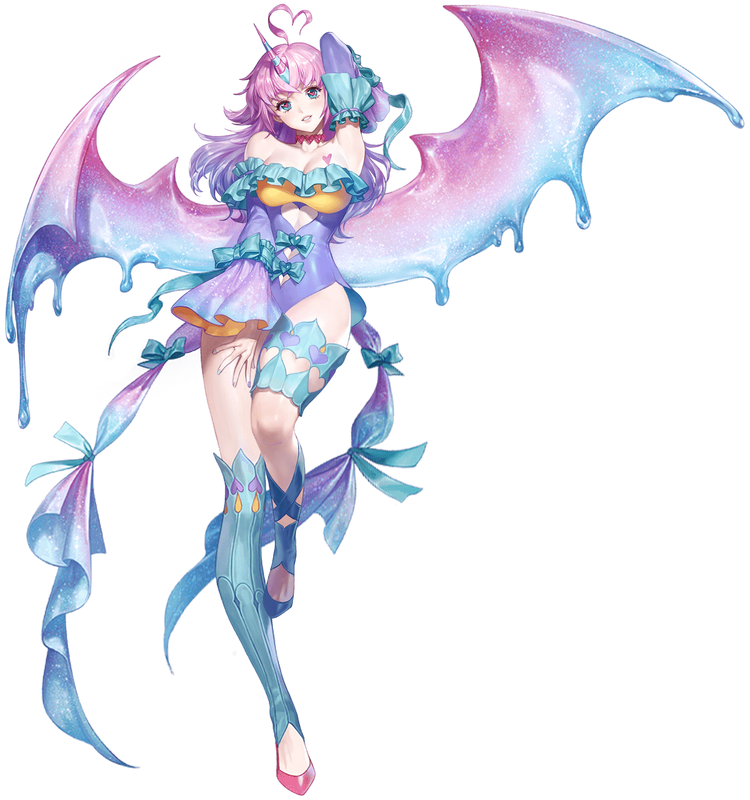 Dia appeared in the imperial palace of Aisha where she tricked Giparang when she disguised as a palace guard. It seems that Dia was sent to investigate the palace by the leader of the group. Giparang is suspicious of Dia as he remembers one of the members of a criminal organization speaks and acts just like this palace guard. Dia thinks about killing Giparang but decides not to since its very unnecessary.

Special Thanks: The Terra Library for the infomation.

Retrieved from "https://seven-knights.fandom.com/wiki/Dia?oldid=52740"
Community content is available under CC-BY-SA unless otherwise noted.