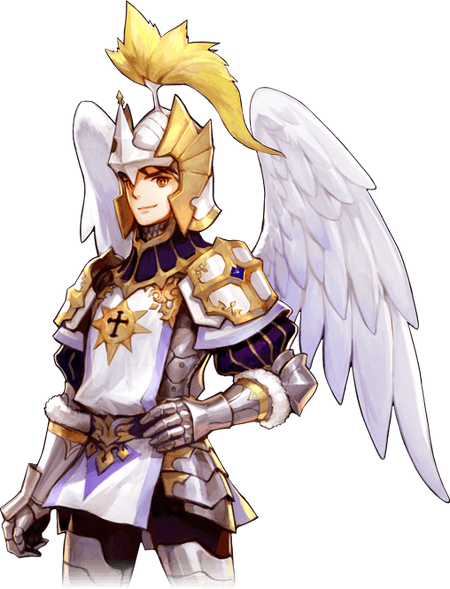 Rudy is a war orphan and was raised by his foster parent, the director of the Luxtov Orphanage along with childhood friend and fellow orphan named Ariel. Rudy joined the army in hopes of becoming a knight, and there he met Kris during his time in the knight's academy. Initially both were polar opposites of each other due to their opposing personalities, but recognize each other in terms of skills. Being inspirational to one another, their constant strive for greatness led to a friendly rivalry. The two soon stood out and displayed amazing talent despite of their age. Rudy was an honor student and so was Kris.

Despite being friends with each other, an evil scheme was formed by the nobles. The fight for the representative of Seat of Light. the rivalry became a representation between commoners and nobles, Rudy for the commoners and Kris for the nobles. As the time drew near, they learned that in order to get the Seat of Light one must be defeated and one must remain a victor. Because of this Rudy distanced himself in fear of losing their cherished friendship. In the match for representative Rudy purposefully loses to Kris, after the orphanage director tells him the sponsorship come from nobles. The nobles threatened him that if Rudy won then they would cut down all their expenses for the orphanage. Rudy lost to Kris and was not upset or bothered. Kris realized the scheme was all made from the nobles' dirty tricks. The nobles did not want a commoner to hold the Seat of Light or Academy representative position.

But one day, Kris got tricked by Dellons and became ineligible for the title. Rudy feels a great responsibility and pressure after becoming one of the Seven Knights and is always pushing himself the hardest he can.

When Pascal goes insane, Rudy meets the other knights and travel to Aisha to defeat him. Rudy is in charge of protecting Terra, but he does not know that he unknowingly left Terra in danger as the former king became a tyrant. Elysia's adopted father, Baron Lune, leaves a will before his death and reveals to Elysia her royal status. She starts a revolution and is crowned queen. The people of Terra no longer want Rudy to enter the kingdom and Rudy is in exiled from the kingdom. Elysia eventually learns that Rudy left to help the other knights and no longer hates Rudy.

When Giparang tells Rudy and the Seven Knights that they need to kill Karin in order to save countless live, Rudy hesitates and opposes the idea but is eventually convinced by the other knights. Kris was the only knight to support his original decision to save Karin. 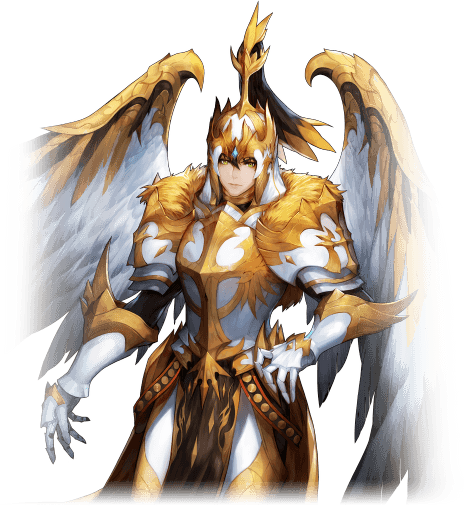 Rudy is still prohibited to return to Terra. He meets up with Rin who advised him to follow his own ideals and not listen to what everyone is telling him to do.

Rudy awakens. Despite being of the principal heroic characters, he goes through a mental transformation and decides to follow his own path and ways rather than continue listening to the words of the Seven Knights. He makes a peace treaty with Rin, who now is emperor Pascal's substitute. Rudy asks Eileene and Rachel to help the Fragment Search Party to find Evan. One year later, they find Evan and Dellons heading to Heavenly Stairs. Rudy still thinks that Karin should be sacrificed to save the world. Rudy meets with Platin and is surprised to find out he does not want war and only wanted his world revived so he plans to make a deal with him.

Rudy appears in the cut scenes of Map 14 story. He makes the final decision to accept Platin's offer and join forces with Pallanus thus turns his back on the Seven Knights, in a sense, ultimately betraying them. However, he doesn't mean to hurt the Seven Knights. He hands over his and the rest of the Fragments of Destruction to Pallanus. The Seven Knights are all attacked by Pallanus and they are severely hurt. Kris regains consciousness and cannot believe that Rudy betrayed them, Rudy asks for forgiveness and tells him he did it for the sake of the world.

After the war and Later in Season 3, Rudy talks to Thrud and Velika and it is revealed that Rudy is the sole descendant of the first people of Gaia world which explains his wings. Rudy is attacked by Trude and he demands to know what the Celestials will do with Karin and the fragments but they leave.

Kris, Vanessa and Rachel make a plan to find Rudy after he vanishes. Kris becomes the new leader of the Seven Knights group.

In the Japanese server, it is revealed that Rudy fled into a forest from the Celestial World. He encountered Evan and saved him from a monster attack. Evan, having lost his memory, did not recognize Rudy but did remember his fighting skills. It seems that Rudy feels guilty for his past actions and wanted to follow Evan.

Rudy once again appears in late Season 4 where he encounters Reginleif. Reginleif explains to him that his ancestors, heavenly beings, went down to Gaia world to stop the other heavenly people who were starting a war and stealing the power of Gaia. Reginleif confesses that it was her own ancestors who tried to take power from Gaia and transfer it to the Heavens. Rudy then encountered and fought against an Abyssal creature (resembling Dellons) then after the battle Reginleif asks him to investigate two things, one being the World Tree.

He myth awakens after listening to the words of Reginleif who encourages him to fix his former ways, he agreed to her request and stops the Demon Lords from attacking Valhalla Castle who is already damaged due to the attacks of Gaia's forces. He wants to stop more deaths which will occur if Demon Lords and Celestial Guardians fight, he chooses the path of light and holds his sword and shield to fight for justice again.

He appears alongside Evan and Reginleif in episode 55 where he tries to rescue Karin from Freyja. Radgridr appears and attacks them continuously so they're forced to retreat. Eventually the 13th fragment is handed down to Rudy and Evan by Reginleif. Rudy also appears in the forest where he helps an orc who's badly injured from the Valkyrie attacks. The orc reveals that due to Skuld's prophecy, Freyja started a war with other residents of the Heavens and enslaving the Demon Lords and their allies. 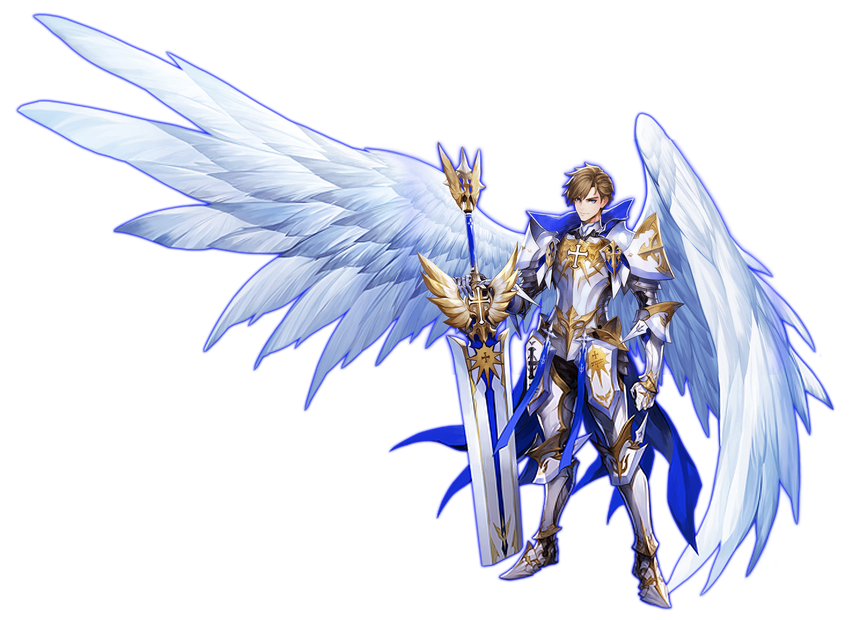 Favorite color: Violet.
Hates: Blood red. Also white (season 2)
People he likes: Evan, Kris, Jave & Aragon.
Hates: His own self (conflicted feelings about his decisions) and Dellons.
Favorite food: Wheat Bread, Tomato and Soup.
Hates: Yogurt.
Likes: Justice and the Goddess (Elena)
Hates: Injustice and Stigma.
Hobbies: Fishing and gardening.
Hates: Cooking.
Personality: He's always been very dutiful and is Evan's role model. He thoroughly follows his principles and obligations as a knight of light and seven knight. He had a sense of self-division but Evan tries to help in that regard. In season 2 he becomes more rational and relativist. He now expresses his feelings in writing rather than being vocal with others. He makes decisions about big issues without discussing it with others. He now doesn't mind breaking some of his principles unlike the past.

Retrieved from "https://seven-knights.fandom.com/wiki/Rudy?oldid=53129"
Community content is available under CC-BY-SA unless otherwise noted.